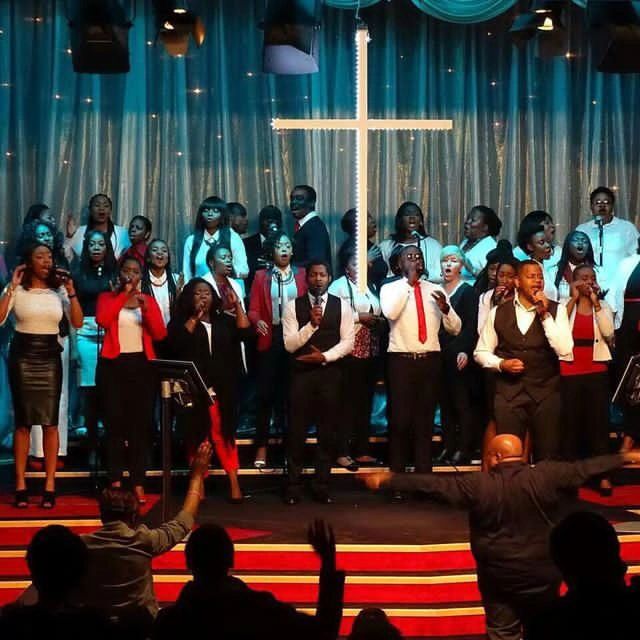 Lawrence is a well versed vocal Mentor & creative director, with extensive experience spanning 40 years’ in the music industry. His foundation comes from one of the most disciplined and inspirational musical genres-Gospel. His journey began as one of the co-founders of the now world renowned London Community Gospel Choir (LCGC) along with John  Francis, Delroy Powell and Bazil Meade who is widely considered as the Godfather of British Gospel.

Sensing a call to move in a new direction in his musical journey out of LCGC, Nu Colours was birthed. What hit the UK gospel scene was a fresh new vocal group, with an infused R&B/Gospel group who were signed to Universal Records. Through their vibrant take on gospel, they went on to make great waves across the country and inroads internationally as well, with hits including Greater Love and Desire. Nu Colours also hold the prestigious milestone of being the first MOBO award winner for “Best Gospel Act”. Lawrence & Nu colours also sang on Bebe & Cece album Still.

on a track called Reason to Dance produced by Warryn Cambell.

Following on from that, Lawrence went on to work as a vocal arranger to the stars following a personal call from music mogul Simon Cowell. That opened the door to a host of opportunities, from working on “Popstars: The Rivals” working with global superstars ‘Girls Aloud’ from their inception. He then worked as a vocal producer on the Fame Academy CD and with Lemar on his two critically-acclaimed albums Dedicated and Time To Grow.

As well as a member of an award-winning vocal group, skilled backing vocalist and vocal arranger for artists and producers alike for live and studio settings for albums and concerts, he has also been able to lend his skills in the film & TV industry.

Lawrence did background vocals for the 2021 Paralympics theme song "So you wanna be a boxer" originally featured in the Bugsy Malone soundtrack.

Lawrence arranged vocals on the Soul II Soul classic "Back To Life" at the Milan Fashion show for fashion giant Bottega Veneta.

Lawrence & LJ Singers provided additional vocal arrangements on the final track of his album ‘Twice As Tall’, the titled track "Bank on it" produced by Diddy, featuring Timbaland and JAE5 as producers, which went on to win the Grammy for “Best Global Album” in 2021.

Lawrence was a creative director on Donnie McClurkin's second live in London album.  Along with sounds of new wine, contributed to the recording of the second album Coming out in 2021 or 2022.

Lawrence was asked to put together a set of singers for a recording session for a newly written song. To the team’s surprise it was for multi-award winner Taylor Swift. Within 48 hours the standalone single was released, debuting at number 2 on the Billboard charts.

Provided vocal arrangements for platinum-selling single “Crown”, off the critically-acclaimed 2019 album “Heavy is the Head”

Arranged the vocals for one of the tracks on the Little Mix tour.

In 2019, Cyclone Idai hit the southern Africa region, the deadliest of its kind in the area. This led to the first project in nearly 10 years, with the One Voice Collective consisting of over 200 singers coming together on one day to record the single “Strength to Go On”. This was done in partnership with christian charity Tearfund, where proceeds were used to support those affected. These projects combined to date have raised over fifty thousand pounds in humanitarian relief.

Lawrence got a call to put a small team together to record six songs. Lawrence took lead on the vocal arrangement and team delivery in the album The Thrill of it All, which has now sold over five million copies as well as reached no.1 in over 50 countries. LJ along with the vocal team then went on to feature on his subsequent live performances.

Lawrence sang and arranged backing vocals and choir vocals (Lakewood Choir) on the song Lead me to the rock for the CompassionArt  project headed by Martin Smith at Lakewood church. Houston, Texas.

Lawrence arranged the backing vocals for the song "You Will Be Found" sung by artist Sam Smith for the film adaptation of the stage musical Dear Evan Hansen, scheduled to be released September 2021.

Lawrence provided backing vocal singers and arrangements for 3 songs on the soundtrack for the Disney remake of the legendary Aladdin film, including Arabian Nights and Prince Ali, scored and produced by Alan Menken, featuring Will Smith.

Lawrence was asked to arrange some of the vocals for the film adaption of the musical “Cats” starring Taylor Swift and Jennifer Hudson, executively produced by Steven Spielberg & Sir Andrew Lloyd Webber.